Foreword from the Author.

My interest in the Forth Rail Bridge goes back a very long time to the 1960’s, when we would make the journey across two ferries from Dundee to Edinburgh. As a small boy, many things that seemed colossal in the past seem much less significant today. With The Forth Rail Bridge this is not the case. As the years pass it seems to grow in stature.

My grandfather was an engineer and would give me books and encyclopedias as was his interest. Trains, boats and Bridges were often the subjects of these books.

In 1964 I went to school in Edinburgh, so crossed the newly opened Forth Road Bridge, which we had already made several journeys to watch its construction.

At holiday time I would return to Dundee over the Forth Rail Bridge and the Tay rail bridge as well.

In 2012 I was working in Dunfermline, and from there it is possible to see the tops of the bridges from the Old Town. At that time the Queensferry crossing as it was to become, had not started construction. I did realise the unique vista that would be made by a third bridge of a completely different design. At this point I decided to pursue this interest in one way or another. thethreebridges.com became available in 2014, hence the website you see today. You can also follow @thethreebridges on twitter and see progress photos of the Queensferry Crossing being built.


The various descriptions of the three forth crossings, the two forth bridges and queensferry crossing etc etc, do not adequately describe the unique feature of The Three Bridges. There is nowhere else in the world that hosts such assemblage of grand structures.

Having travelled the world I knew the impact that iconic bridges make on visitors, wherever they may travel. Classic examples are the Golden Gate in San Francisco and the Sydney Harbour Bridge. Flying into these cities the bridge may well be the first recognisable structure you see, and also the last you see on departure.

This is very much the case in Edinburgh, where up to 12 million people use the airport every year.

The website is not intended to be a wikipedia type resource, but rather an introduction to these three fantastic bridges, which stand as a testament to the Designers, Engineers and workmen who built and maintain them. 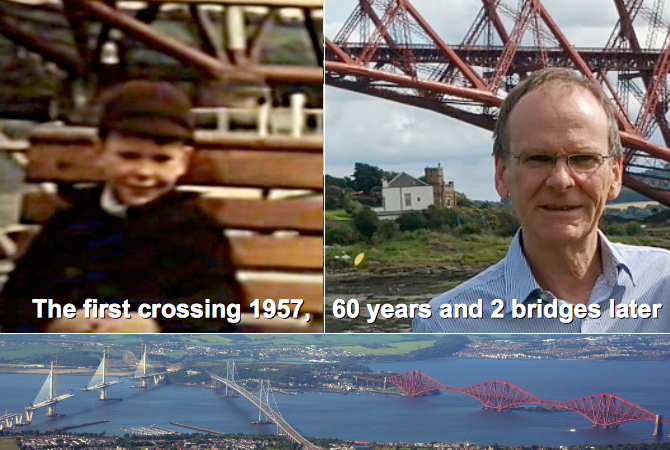